You were only supposed to blow the bloody doors off: The nonsense of 18 Grove Road

An eyesore because most of the house, instead of just the garage, (see LBH Planning reference P/2020/3428) was demolished without the required planning permission, to build a couple of extensions to the rear and side, still drags on and remains an eyesore.

18 Grove Road as it was before its sale to current owners.

Neighbours will have noticed a new planning application for extensive works, reference P/2022/3149, validated 28 October 2022 but there is plenty history.

The tedious story began late January 2022 when a neighbour contacted Hounslow Council’s Building Control and their councillor to report a potential dangerous structure.  Building Control attended the site on the same day, by when the majority of this 100 odd year old structure, referred as a “positive contributor” in the Spring Grove Conservation Area, had been removed leaving just the front wall to the house.  The remainder was not supported so Building Control enacted the council’s immediate powers under the Building Act 1984 to make the structure safe by erecting scaffold support (at the owner’s expense) to remove the immediate danger.

Scaffolding erected by Hounslow Council to remnants of 18 Grove Road.

At that point, the dangerous structure came under local authority control with the building owner needing to seek council approval prior to undertaking any further work, as well as enter the site.  Building Control also reported this work to the Health and Safety Executive.

Cutting a long story short, the Head of Building Control later considered it appropriate and the council’s lawyers agreed that this should go to court.  The property owner, the builder and the building company would be prosecuted under Section 80 of the Building Act for illegal and unsafe demolition.

The first hearing was at Uxbridge Magistrates in October where only the builder of himself and UK Landmark Construction Limited had pleaded guilty by post to the offences (the Owner went for not guilty).  The Court was unable to accept the guilty plea by post on behalf of the builders as the law requires a director of the company to attend Court in order to enter a plea on its behalf. The case was adjourned to later that month for sentencing (of the builder) and plea and sentencing (of the company) respectively.

The builder stated as part of his mitigation that he was provided building control drawings showing a demolition plan with the walls to be removed and complete renewal of the roof by new roof trusses.  He said he had no intention of full demolition of the structure and had acted with the advice and approval of his client. 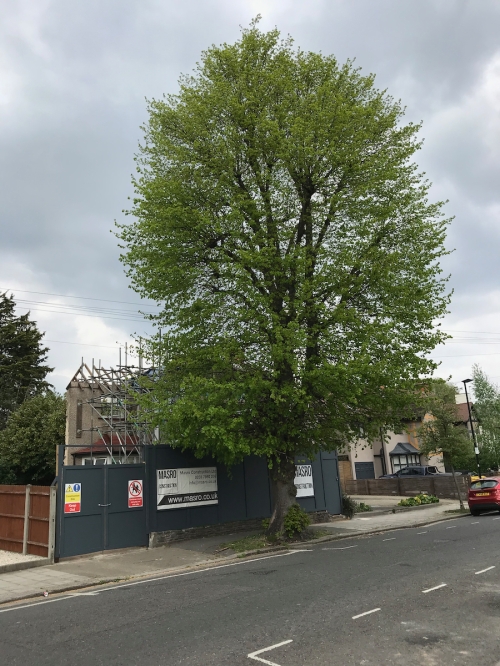 At the same hearing, the Owner of 18 Grove Road pleaded not guilty.  The Magistrates, after much deliberation, granted the application and the Owner’s case was adjourned to 4 November 2022.

At the November hearing, the building owner pleaded not guilty, therefore the Court set a trial date for 3 February 2023 at Uxbridge Magistrates Court at 10.00 am.

The final fine for Mr Sayeed Naveed Akhtar, the builder, was confirmed at the November hearing equating to a total of £8,090.  The Magistrates imposed £2,000 fine to mark the offence, he was given credit for his guilty plea, otherwise, it would have been the maximum of £2,500; £1,855 towards costs and a £190 victim surcharge a total of £4,045.

The Council will continue with the prosecution of the owner which, hopefully, will now be resolved on 3 February 2023 and also later reported here.

Copyright, no publishing without the author’s permission

Comments Off on You were only supposed to blow the bloody doors off: The nonsense of 18 Grove Road

As intrigued as numerous residents raising the matter with Osterley and Spring Grove councillors, inquiries were made of the council’s traffic team regarding the counting hardware appearing on roads in the southern part of the Ward.  Here’s what has been learnt so far.

Residents from different parts of our Ward often contact council officers and councillors about speeding and rat running, for example; Osterley Road is a regular as is Northumberland Avenue and, lately, The Grove.

All of the roads mentioned fall within the area of Spring Grove and North Isleworth that is currently under review for potential traffic reduction measures, broadly all roads to the south of A4, north of A315 London Road, west of Syon Lane and east of the Piccadilly Line. 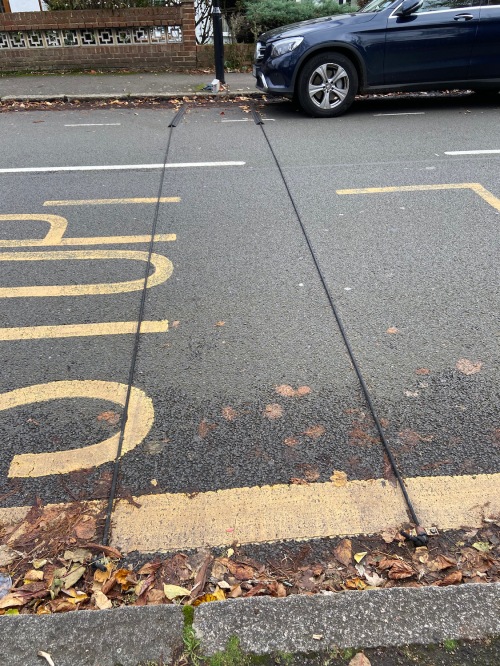 Officers have advised that this is a multi-year project with the surveys, background and feasibility work being undertaken this financial year (to April 2023).  For the next financial year they will look to engage with councillors, residents and other stakeholders on potential intervention measures with a view to perhaps trialling any measures that looked promising.

Obviously, Ward councillors here will be maintaining a close watch on developments here and insist on clear and extensively analysed consultation on any proposals arising.

Anything new in the interim will be reported here.

Comments Off on Local traffic surveys

Now in its second year, the Your Neighbourhood Grant supports projects, events and activities that come from local residents and that have the backing of their local Councillors.

Awards made in Osterley and Spring Grove Ward in 2021/2022 and supported by councillors were,

Applications are accepted for up to £1,000 towards each project from a pot of  £3,000  allocated for Osterley and Spring Grove Ward.  Guidance on what can be applied for can be read here.

This year, the council is asking that funding applications should come directly from Councillors, so if you have an idea for a project that you would like to be supported by the Your Neighbourhood Grant, please email or call one of us,

If not one of our Ward residents, find contact details for your own councillor on the Council website

If residents have any questions about the Your Neighbourhood Grant please contact the Council’s Thriving Communities Fund Managers Michelle Hutchinson: michelle.hutchinson@hounslow.gov.uk or Kate Wilson: kate.wilson@hounslow.gov.uk

The grant is now open and applications are being accepted until Friday 7 October 2022.

Comments Off on Your Neighbourhood Grant 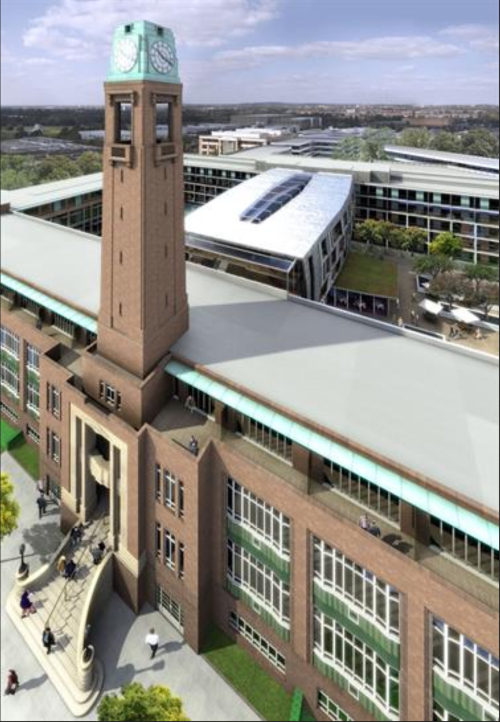 When Gillette owners, Proctor and Gamble, shifted the last of the Syon Lane production line to Łodz in 2006, the 42,000 square metre site was sold to Bonnington, the Ireland based international hotel and leisure firm.  It had ambitions for an office park and a 500 bed hotel, later reduced to 300 beds then eventually none when the system of capital tanked in the late noughties and loans from the Allied Irish Bank could not be repaid.

The site, is much more extensive than the three Grade II Listed elements of the Bannister Fletcher 1936 factory and office building, WFC Holden’s 1935 bank and the four separate cheeky cherubs lamp standards fronting Syon Lane.  It extends beyond Syon Lane to include the former Pernod House on its corner with Great West Road and Harlequin Avenue making up the rear where later manufacturing buildings are now used for film production. 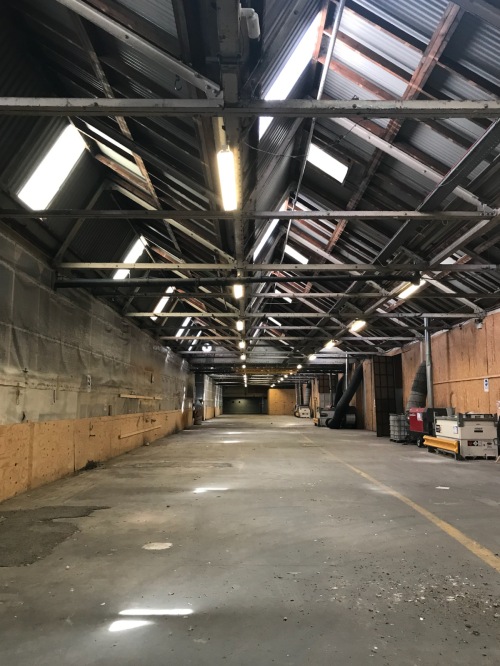 After Bonnington, the whole site was bought after 2013 by the firm involved with the former EMI plant at Hayes, the Vinyl Factory Limited.  They now say that applications to develop, extend and enhance existing film production and associated activities on the whole site are soon to be submitted to Hounslow Council, preserving the integrity of the listed elements there. 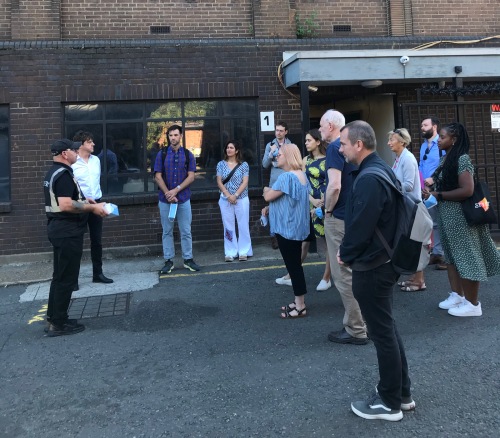 A chance discussion with Mr Matthew Rees, Hounslow Council’s Head of Planning Development, whilst visiting the former Williams Dye Works site recently, satisfied an eight year quest and yielded contact details for the Gillette Building owners.  Arrangements for a tour for Isleworth and Brentford Area Forum (IBAF) Councillors followed, made for 5 August 2022; people from Osterley and Wyke Green Residents Association and Brentford Voice were invited too.

Main staircase to be restored subject to planning

The last time I went inside Gillette’s was in 1992 on a tour with my Acton College tutor group which also coincided with the planning application for building a Tesco store on the United Biscuits factory site.  The event was an opportunity to nose, more than anything else, interesting to see the unfinished en suites on the first floor facing Syon Lane. 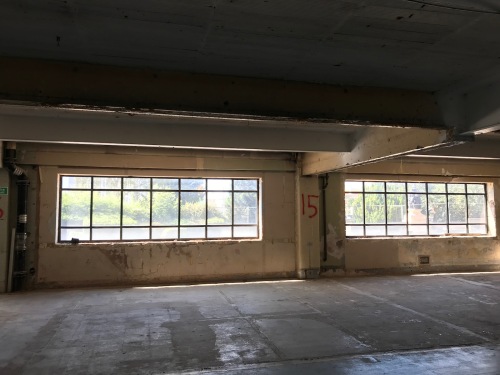 Planning applications are awaited but the developer has agreed to run a series of pre planning exhibitions and meetings on site in the run up to formal submission, perhaps later this year.  As a member of the Hounslow Council Planning Committee, I shall be unable to make comment once proposals are lodged.

I do know, however, that my Ward colleagues Councillors Aftab Siddiqui and Unsa Chaudri are keen that any film production enhancement at Gillette opens up valuable work and training opportunities for the people of Osterley and Spring Grove as well as other parts of our borough.  The owners are now briefed on the quality, practical learning delivered at West Thames College associated with digital film making, make up, hair and construction and we have put them in touch with college Principal Tracey Aust. 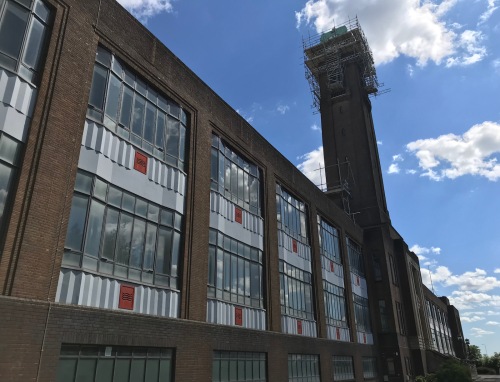 Further reports will follow as and when.  Look out for an item on the Gillette Tower clock restoration currently taking place, coming soon.

Comments Off on Gillette Building Tour

Whilst the free 30 minutes ‘Stop and Shop’ parking (1 hour at South Street) has not been abandoned at London Road and Thornbury Road shopping parades, Hounslow Council has begun to remove the pay and display machines that dispense the paper stickers.

Traders at Osterley Village on Thornbury Road, north of Great West Road first brought this to Osterley and Spring Grove Ward councillors’ attention when the signs began to go up late May 2022.  Residents and traders around London Road followed suit and OWGRA also received correspondence.

Shoppers are now asked to record their arrival on a previously downloaded mobile phone app, including the free parking period.  For the technology savvy, this would not be hard to do but our Ward does have a larger proportion of older residents, often carers, using their cars to reach local pharmacies, the launderette, supermarkets, Osterley Bookshop for a greeting card or stamps, the paper shop, Memories of India for a takeaway for example.

To an extent, one of our (retired) residents does agree with the new approach and wrote, “for the avoidance of doubt, I believe that the digital solution being adopted by the council makes sense for all except those who have less ability to access or use digital tech.”

Clarity on the new policy was sought from Mr Jefferson Nwokeoma, the chief officer whose department runs parking and were advised that a cashless system provides savings in machine maintenance and repair costs and secures the income received.  Conscious that, for some, the cashless system remains a challenge, councillors were advised that officers would provide information and communicate to enable residents to adapt to this change.

Osterley and Spring Grove Ward councillors are seeking an equitable solution which understands the demographic and some of the unique services available in our area.  The matter has been raised and discussed with council’s cabinet member for parking, Councillor Salman Shaheen.  He has asked officers to identify and work with one or two parades traders who would be able to provide an alternative free ticketing option and will get back to us.