Progressing the development of its HQ and movement of personnel from other locations on Great West Road, the Sky corporation is seeking stop gap staff parking.

Should it receive permission, the car park would operate Monday to Friday between 7.00 and 21.00. It would be security staffed with access from Northumberland Avenue and exit on to Great West Road. 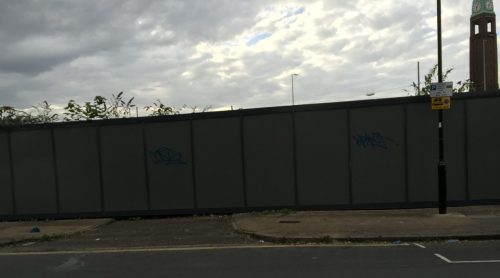 Documents relating to the application can be found on the council’s website but for ease of access can also be accessed from links below:

It is likely that this application will be considered at the 3 November 2016 Planning Committee and until then, comments can emailed to planningcomments@hounslow.gov.uk quoting reference 00505/AF/P26.

Back in 2008, permission was gained by the owners of this former Shell petrol station and Contitrades House site opposite Homebase on Syon Lane, Isleworth for a self storage facility but that didn’t happened. 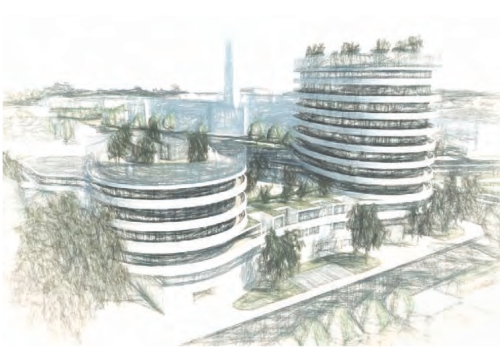 A couple of different proposals had been mooted by owners Precis since, both involving a mix of self storage and mainly tall residential but did not progress. 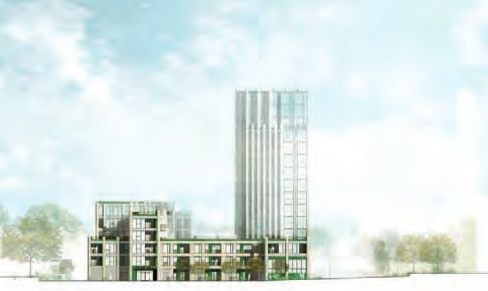 A new scheme is about to be revealed to residents and councillors before a planning application is submitted to Hounslow Council, possibly by the end of this year. 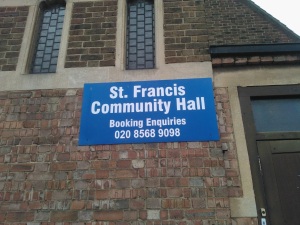 To allow residents to comment, an exhibition is taking place at St Francis of Assisi Church Hall, 865 Great West Road, Isleworth, TW7 5PD, over two days on Monday 17 and Tuesday 18 October 2016 between 4.00 pm and 8.00 pm. The developer’s architects and planning advisors will be present to explain the proposals.

A copy of the invitation sent last week can be found here.

Also, on Thursday 20 October at 8.10 pm (not 7.30 pm as billed) at Hounslow Civic Centre, members of the council’s Planning Committee will also have the opportunity to do the same during at a Planning Development Presentation. This is a monthly event where development proposals ideas are brought to councillors for comments prior to full applications being made. Members of the public are welcome to attend but do not have speaking rights.

The site owner’s planning consultants have provided this summary briefing to councillors.

A planning application by Sky, for temporary car parking on this site has been submitted to Hounslow Council and is reported elsewhere on this blog; it has no immediate bearing on this matter.

Not in Osterley & Spring Grove Ward, the Duke of Northumberland’s schemes for Park Road Allotments and replacement will also be given an outing at the 20 October Planning Development Presentation.

Following last April’s exhibition at St Mary’s Church, developer STS Group Investments has, this summer, submitted a planning application to convert and extend, above and behind, Dudley House on The Grove, Isleworth.

The plans show the creation of 9 one bedroom, 6 two bedrooms and 2 three bedrooms flats at this former nursing home site together with associated service and parking proposals. This scheme is for private dwellings.

A number of documents can be found on the LB Hounslow planning website filed under the reference 00523/C/P14 and are also available for inspection at Isleworth Library but some are included here:

Comments on this application may still be made up until a decision is made; at the time of writing there is no indication as to when the council’s planning committee will consider it. The next three meetings are scheduled to take place on 3 November 2016, 1 December 2016 and 12 January 2017.

All previous posts on Dudley House can be found here.

Comments Off on Dudley House 6: Consultation on a new planning application

Longer term residents will be familiar with this one. 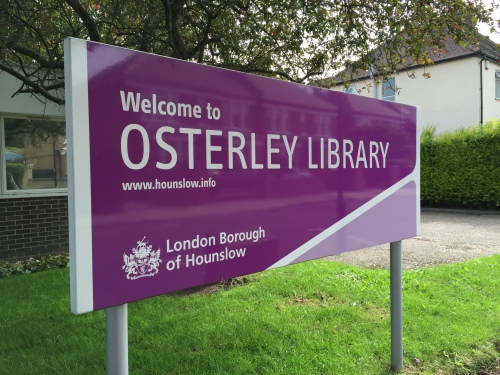 Though, no matter how long people have had the pleasure to live in Osterley & Spring Grove Ward, Hounslow’s largest and greenest, everyone should by now be aware of the scale of unnecessary cuts in government funding in name of austerity. Just 24% of the London Borough of Hounslow’s spend is raised by Council Tax.

Locally, mooted closures of Osterley Library have been fought off three times since 1992. Its and the neighbouring Osterley Bowls Club site being mentioned as potential for development on pages 43, 44 and 48 of this council document has again raised interest.

Late last month, the Osterley & Wyke Green Residents Association circulated this flyer that encouraged some 50 residents to a meeting at Thistleworth Tennis Club to discuss the possible fates of both facilities. 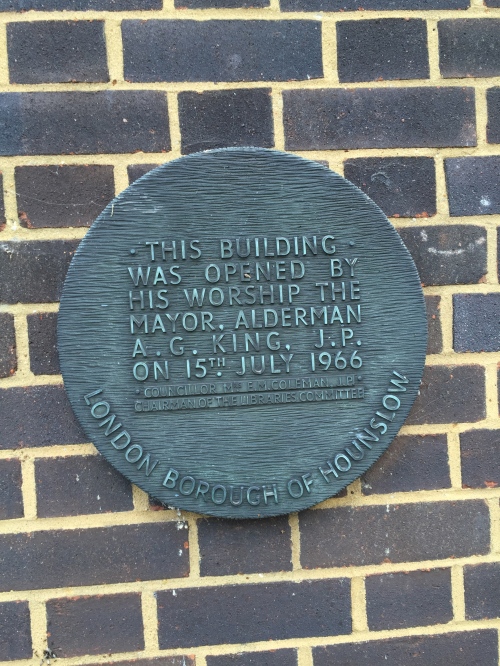 It was explained at the meeting that whilst the site could be developed for housing, the property strategy document states Osterley Library would be relocated should this be likely to happen.

For where it is and what it offers, Osterley’s library is a valuable local resource and more people are encouraged to join and use it.  The place offers not just books but newspapers, magazines, information, computers, quiet study space, regular activities for children and adults as well as a good reason for otherwise isolated people to get out of the house and see folk.  Apart from our three parks, Osterley Library is the only council facility in the whole of Osterley & Spring Grove Ward.

Osterley Bowls Club may be another matter. Reduced and attempts to encourage new membership and other factors raised such as local parking controls within the Osterley Station CPZ give club officials cause for concern.

To assist, the possibility of revising controlled hours on St Mary’s Crescent has been discussed with the council’s traffic team. It has been agreed that residents there will be written to before the end of October asking whether they may wish the same controls as in Jersey Road (east of the Osterley Park main gate), Monday to Friday 10am to 12pm rather the current weekdays 9.30am to 5.30pm.

To find out more about Osterley Bowls Club please go to www.osterleybowlsclub.org

A Friends of Osterley Library group has been set up and people are asked to write to info@owgra.org.uk to join.

Useful background, legislation and current policy on libraries can be found on this HM Government site.

Comments Off on Osterley Library has friends