Transport for London says it has “deferred making a decision on the proposed changes to route H28” and “will have further discussions with the London Borough of Hounslow about these proposed changes.”

The consultation was meant to be about improving routes to West Middlesex University Hospital following the government’s NHS cuts at Ealing Hospital last year. However, a number of folk suspect that it may have also been another austerity cuts exercise, this time with local public transport as the victim. 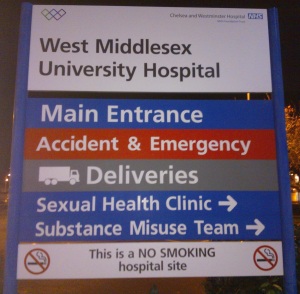 One of the TfL proposals was to reroute the E8 towards the hospital and to take the H28 out of Wood Lane, Amhurst Gardens and Twickenham Road. This would mean removing bus access to the West Mid from Spring Grove, Osterley and North Isleworth as well as other neighbourhoods in the borough .

Results of the consultation showed a very good response on the H28 from local folk and can be found on pages 5, 31-38 and 81-82 (notes from the meeting I arranged) here. They included,

The current route of H28 is safe, for now but this is probably because there is an election for a new Mayor for London next month and the current do nothing Mayor Johnson would not have wanted this cut in the spotlight.

I have spoken to Hounslow Council’s head of transport and when TfL does have these “further discussions”, I shall ensure that residents are involved and continue to do my best to represent.